The workshop gave thrust to new methodologies in research where new theories and philosophies were elaborated upon and students were made to work on short literary works. There was continual interaction and the students gave good feedback on the workshop. The program was structured into three phases :

Phase I was hosted for all the M.Phil and Ph.D scholars in the first four days : 10th , 11th, 12th and 13th, December , 2018. The resource person Prof. Narayan Chandran, delivered lectures on these days from 10 am to 1 pm. The afternoon sessions began at 2.00. pm and went on upto 4.30 pm . The afternoons were given to students to do some practical work in the application of critical theories discussed in the forenoon. The students were directed to select literary texts on their own and come out with critical approaches in the interactive sessions held every afternoon.

In the forenoon from 10 am to 1pm the resource person delivered lectures on the scope and relevance of recent critical theories which could be adapted as methodologies in Ph. D research. The areas covered and discussed by scholars in the afternoon practical work based sessions included critical practices in Postcolonial Theory, Poststructuralism, Deconstruction, New Historicism, Post Freudian Psychoanalysis and Feminist Theories.

Phase III was held in the lap of the last five days, 18th , 19th, 20th, 21st and 22nd December 2018, when various interdisciplinary areas in contemporary research in literature were discussed threadbare : Sociology, Philosophy, Phenomenology, Cybernetics, Communication Studies, Political Theory , Anthropology, Art Studies were discussed in detail in the forenoons and the participants were asked to make brief presentations of their proposed research work. The workshop concluded on 22nd December 2018 at 5pm. In all there were 44 participants : 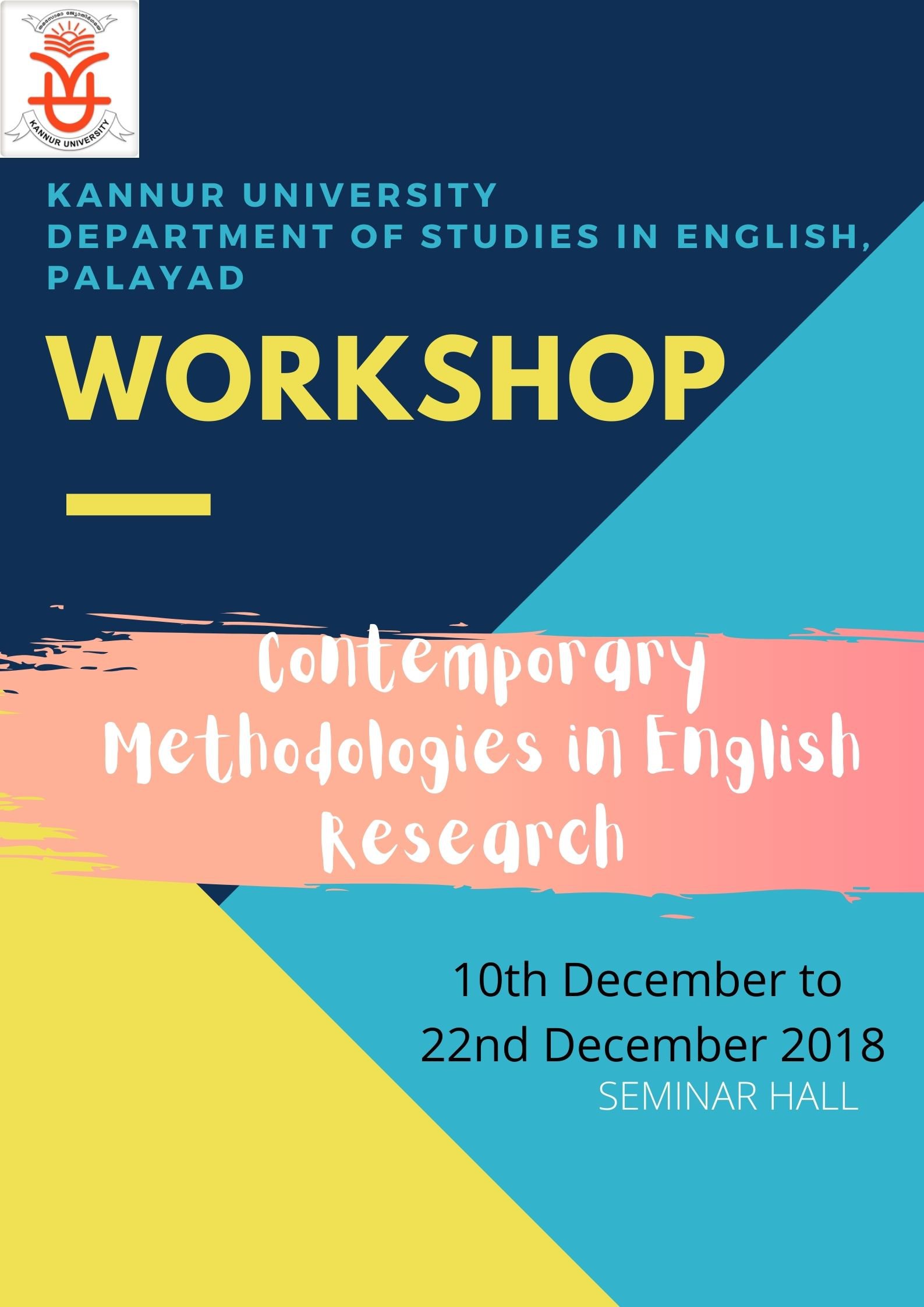 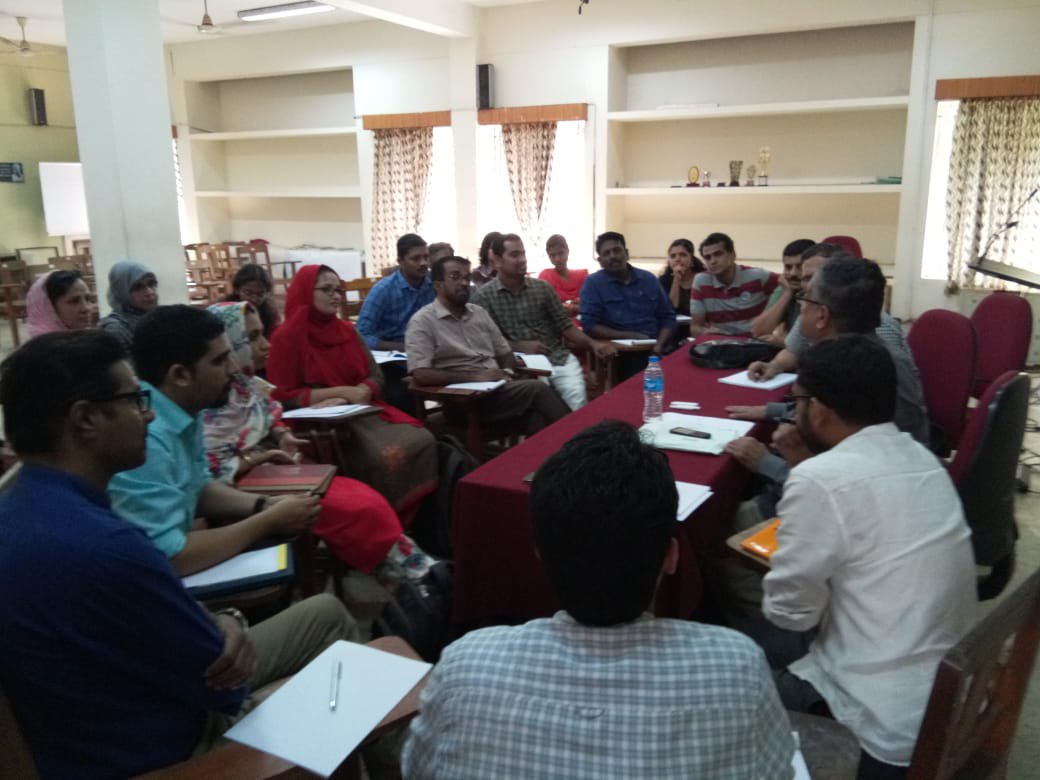 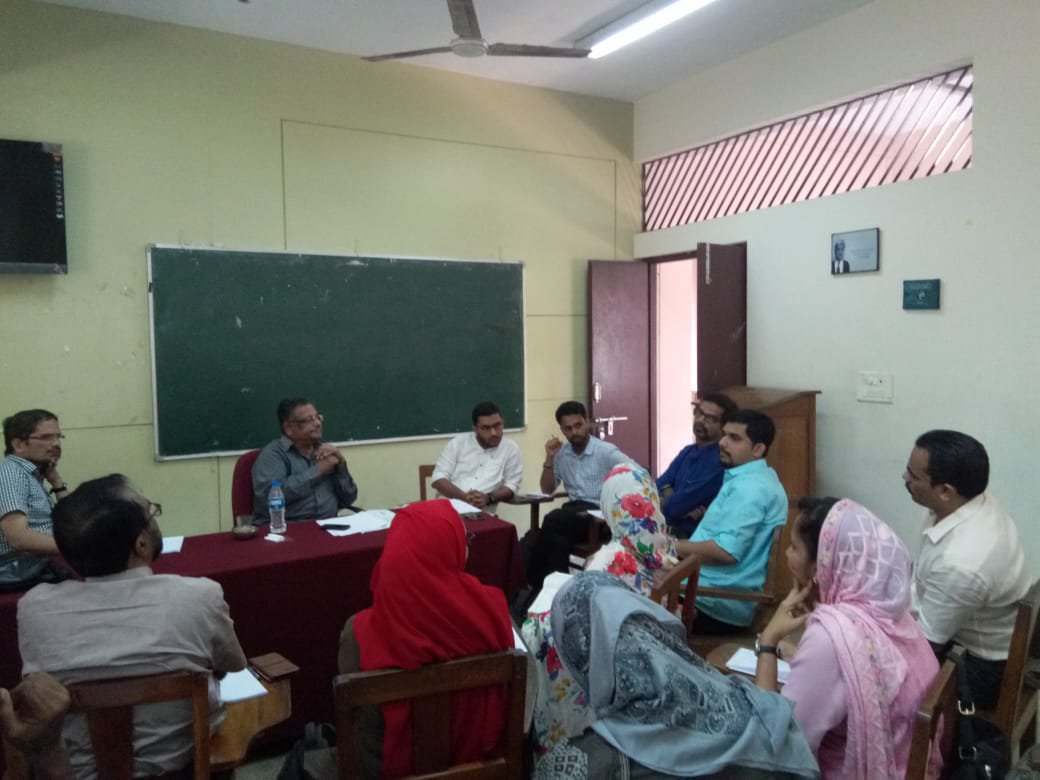 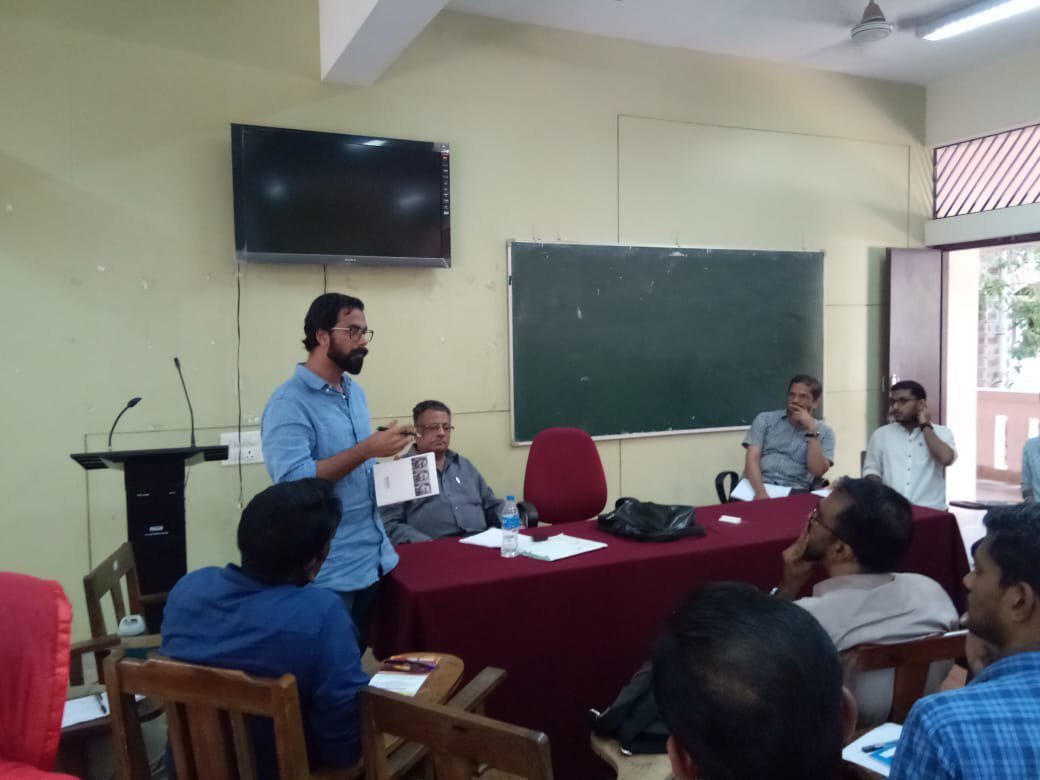