Prof . C.P. Sivadasan Memorial Lecture was hosted at the Department of Studies in English in by Prof. CP Sivadaasan Memorial Trust , Badagara , on 25th August, 2017 . The lecture is annually hosted at his hometown Badagara in memory of Prof. C. P. Sivadasan who retired as the Head of the Department of Studies in English in 2001. As part of the annual event a cash prize and award are given to the author of the best critical work published in the year and the awardee is selected by a jury committee comprised of eminent critics.

This year the event was hosted in the Seminar Hall of Palayad Campus by having the renowned writer Shri. T. Padmanabhan as the Chief Guest and Mr. E.P. Rajagopalan , Secretary , Kerala State Sahithya Academy as the person to deliver the memorial oration in the forenoon session of the day ( 10 am to 12 pm ). The memorial oration was centred on the interface between English and vernacular literatures and the need for being multi lingual in academic discourses. CP Sivadasan Best Critic Award was given by the writer Shri T. Padmanabhan to the scholar poet Mr. Sajay K.V. of Government College Madappally, Badagara. After the award ceremony the Chief Guest Shri T. Padmanabhan made a short speech on the state of critical writing in Kerala and this was followed by the speech in acknowledgement by the awardee Mr. Sajay K.V. The function was presided over by the Head of the Department Dr. K. K .Kunhammad. The event was attended by 86 people including students, well wishers and friends of the late professor. 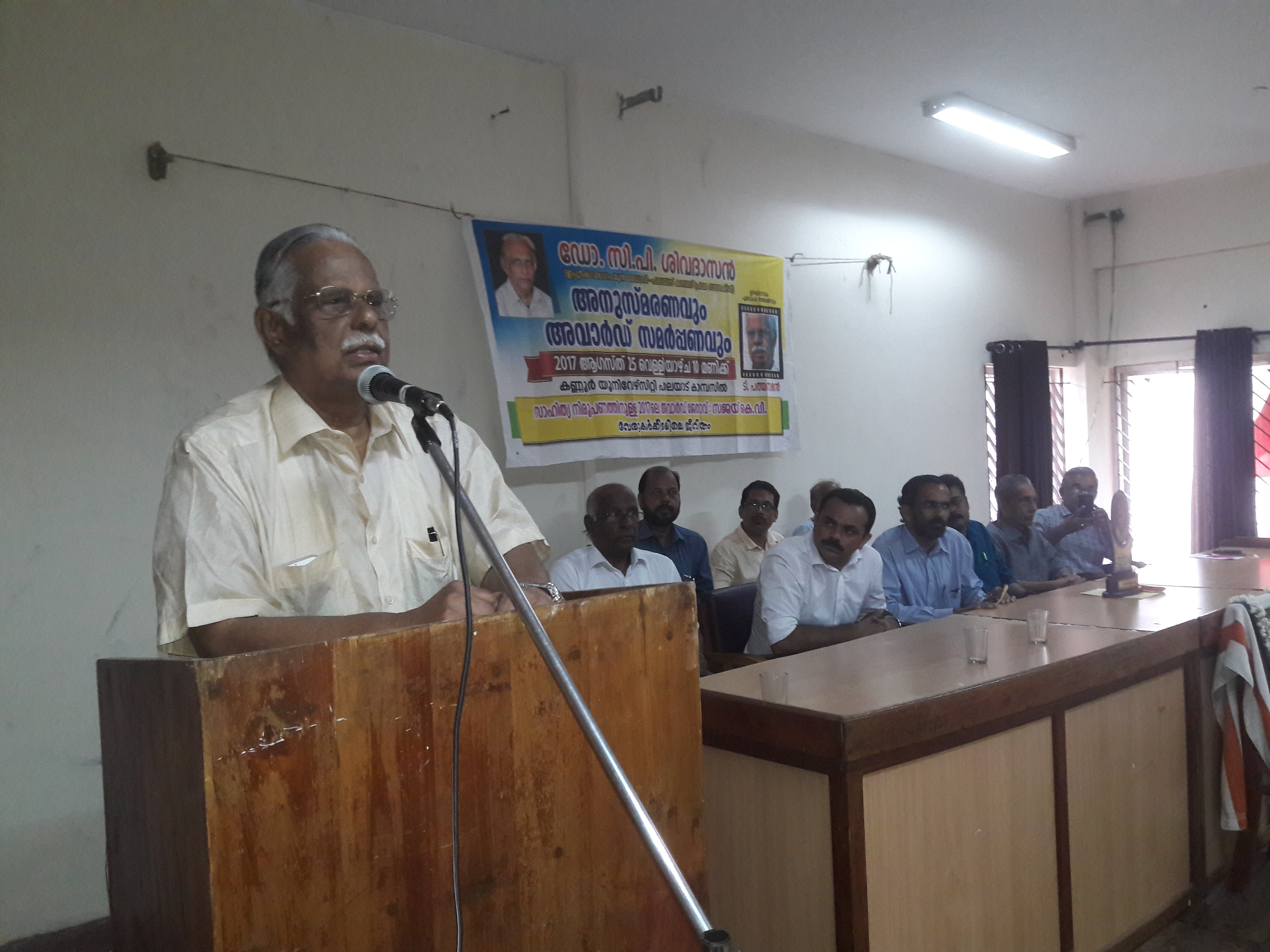 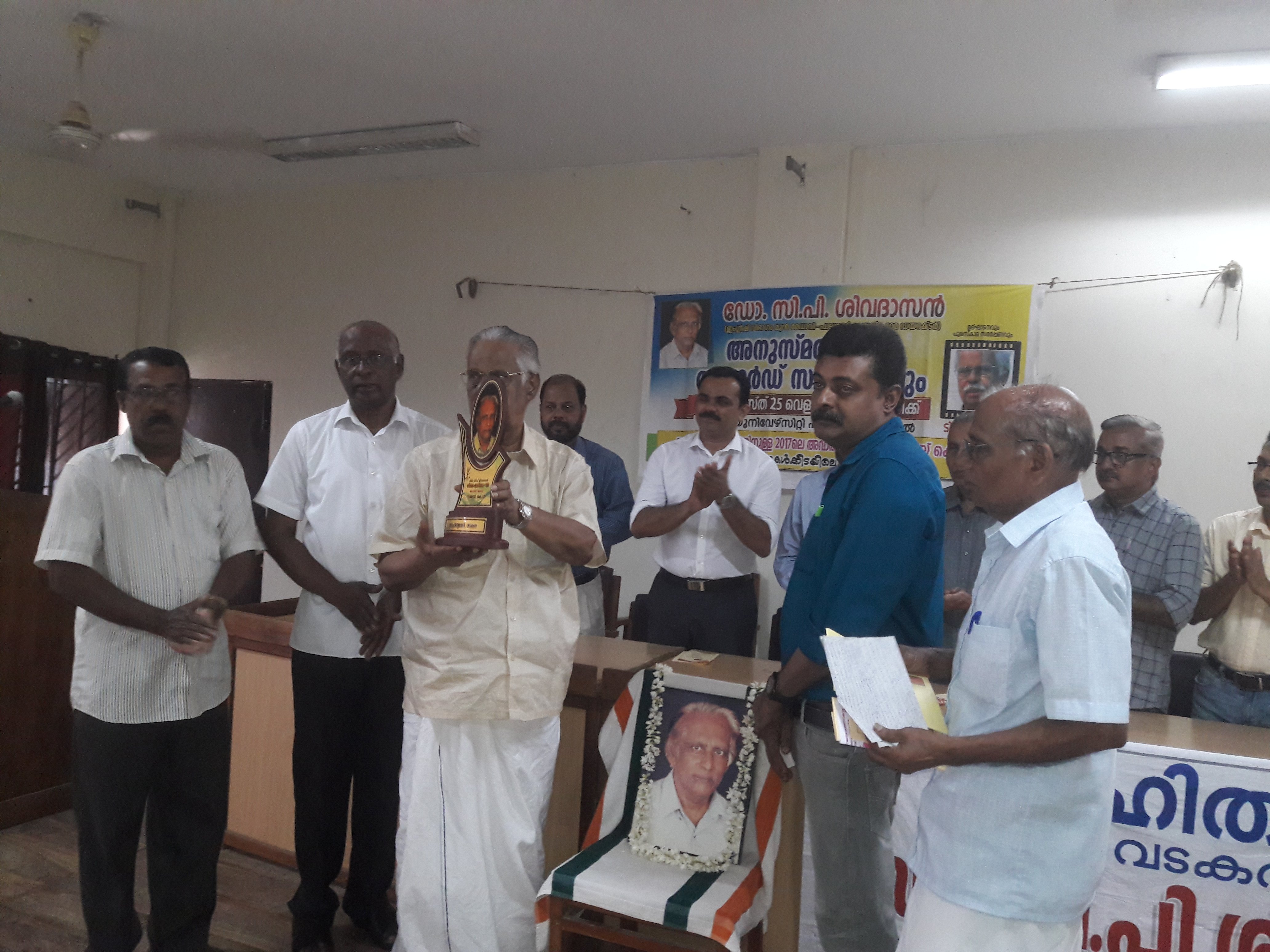 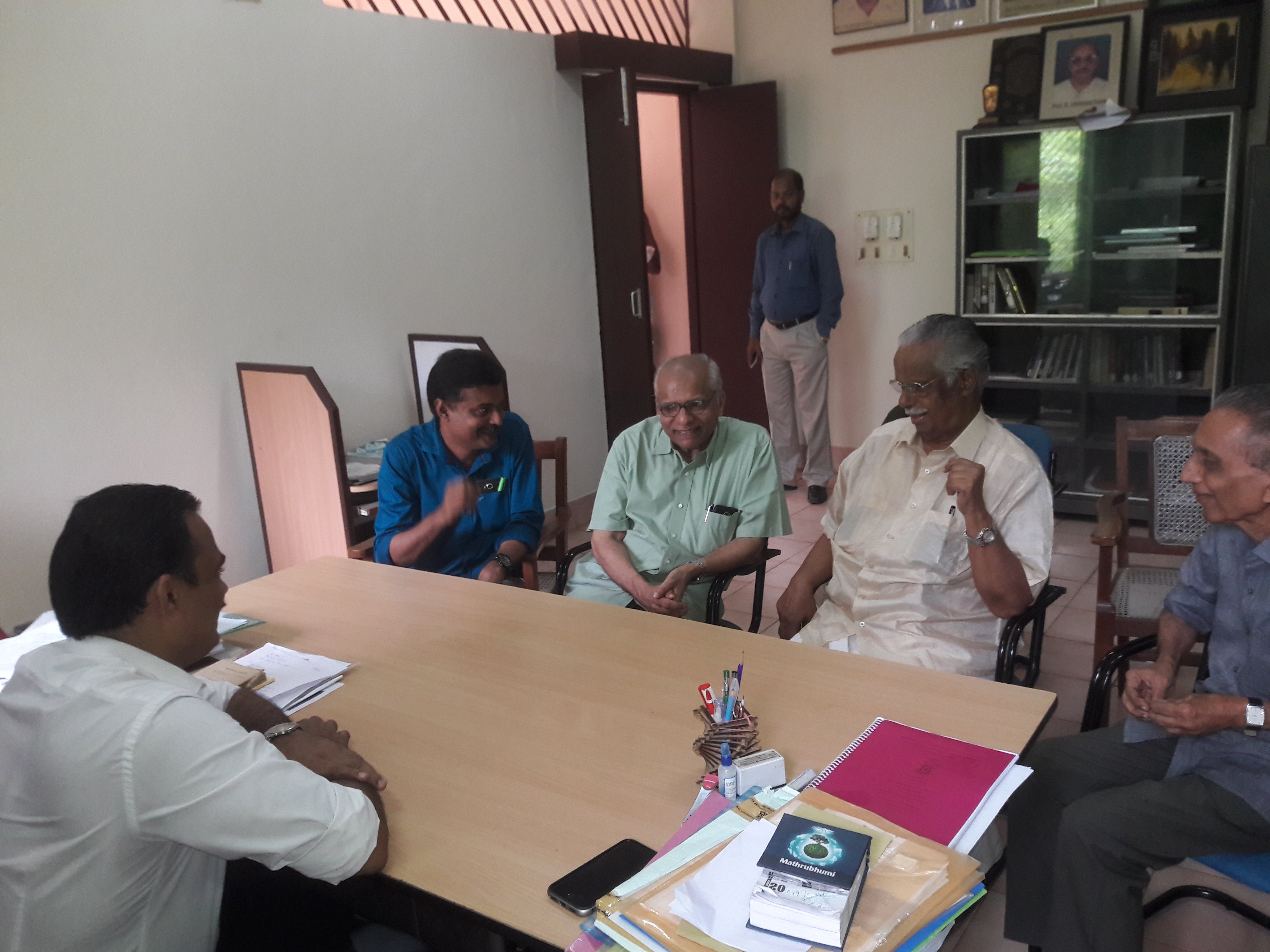 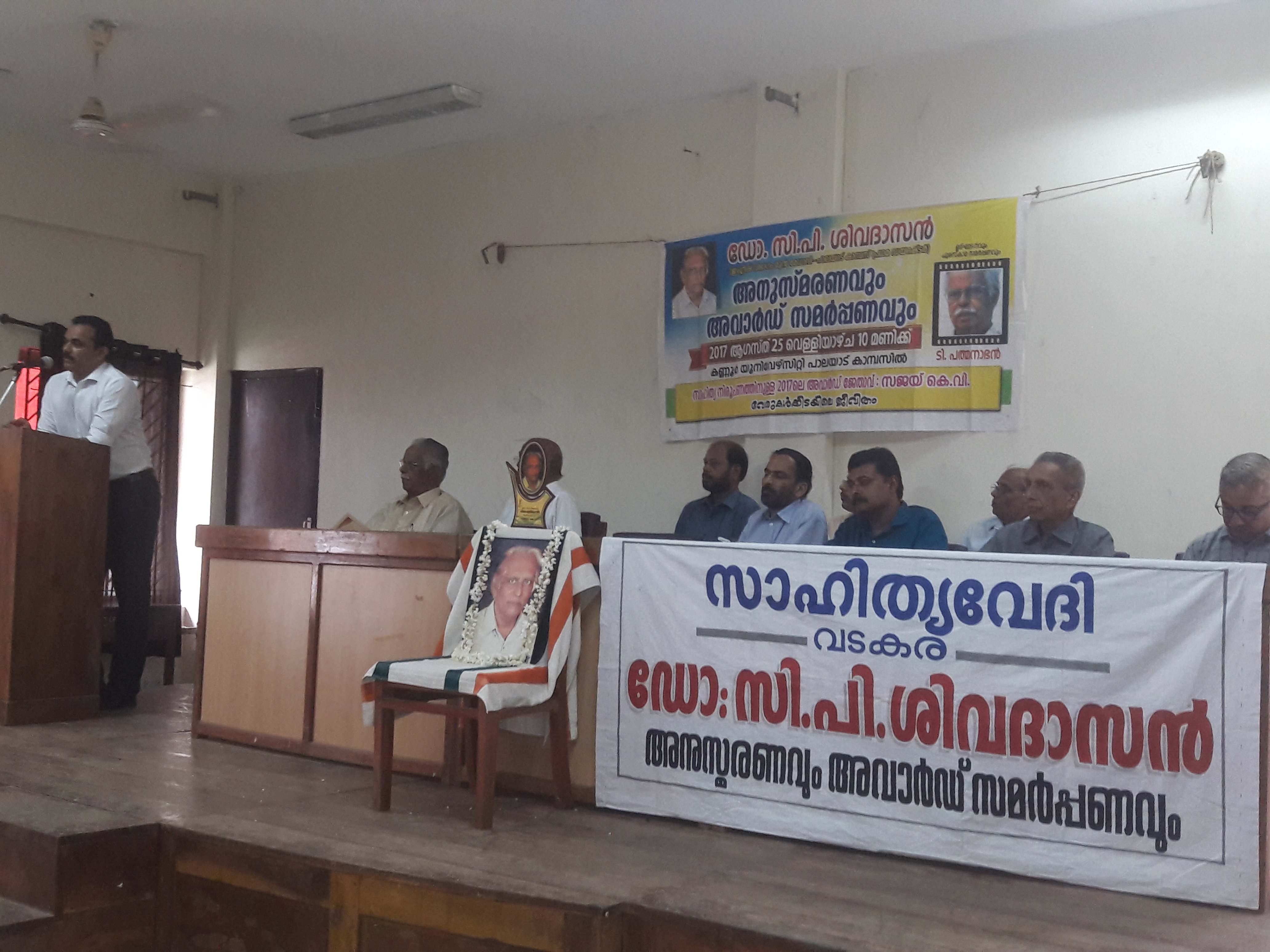