Initially, there were no permanent faculties in the department. One Course Director was appointed from a college on deputation basis .Dr.T.V.Ramakrishnan was the first Course Director. He took charge on 25th October 2008. M.Sc programme in Mathematics was started on 25th November 2008. The starting of the new course was inaugurated by the then Vice Chancellor Dr.P.Chandramohan.

Thereafter ,November 25th of every year is celebrated as the inception day of the Department. 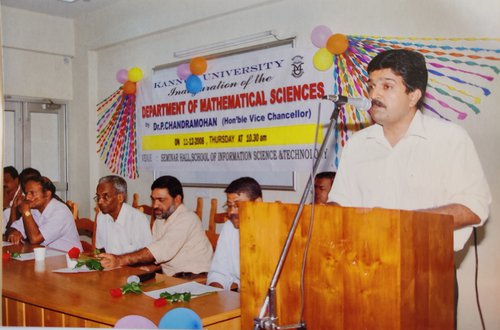 Welcome speech by Dr.T.V.Ramakrishnan, Head of the Department